Spinning the Clay into Stars 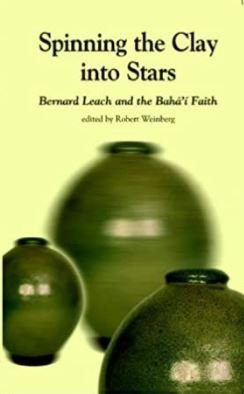 The life of Bernard Leach, like the marvellous pots he created, revolved around a centre - a singular point around which all of his artistic achievements found their form and from which his deep humanity grew. From his earliest years in Japan he identified the centre of life as 'Spiritual Energy (God)'. Later he realized that the key to a harmonious and peaceful future for individuals and society was the 'replacement of self at the centre of the circle by "The Other Power" - God'.

The act of throwing the clay is, for Leach, a metaphor for the unique soul, centred in God, allowing itself to become malleable so that God's will may use it as a vehicle through which to operate. Bernard Leach found the answers he sought in the teachings of Bahá'u'lláh, the Prophet-Founder of the Bahá'í Faith. This commemorative volume was published to mark the 20th anniversary of the death of Bernard Leach in 1979. It is an anthology of his own testimonies - about pottery and life, philosophy, and his lifelong desire to see, and assist, East and West embrace.